The Deadly Effects of Quitting Alcohol 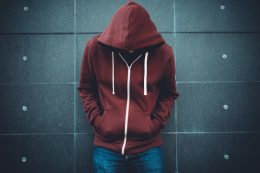 Approximately 16 million people in the United States have an alcohol use disorder, defined by the National Institutes of Alcohol Abuse and Alcoholism as “compulsive alcohol use, loss of control over alcohol intake, and a negative emotional state when not using.” Many individuals believe that alcohol abuse is dangerous because of the long-term effects on the body, and although this is true, withdrawing from alcohol is one of the most dangerous and life-threatening side effects associated with alcohol abuse. Physicians state that alcohol is often the most dangerous substance for the body to withdraw from, especially when attempted without medical supervision.

Symptoms associated with alcohol withdrawal range from mild to severe and generally begin six-72 hours after the last drink. Mild symptoms tend to begin within six to eight hours of discontinued alcohol use. These symptoms are usually associated with minor physical disturbances and changes in behavior and mood and include depression, anxiety, insomnia, nausea, headaches, vomiting, mood swings and tremors. Moderate symptoms usually begin 12-48 hours after the last drink and include high blood pressure, fever, irregular heartbeat, confusion, and sweating. Severe symptoms are life-threatening and start 48-72 hours within the detox process and include hallucinations, fever, seizures, confusion, and agitation. Medical detoxification is necessary for severe withdrawal symptoms, and as a result, it is strongly advised that any individual experiencing the first signs of alcohol withdrawal seeks medical help immediately to prevent hallucinations and seizures, which can lead to death. For those individuals suffering the most severe symptom of alcohol withdrawal, shaking, shivering, sweating and delirium tremens, the death rate has been estimated as high as four percent or 1 in 25. The Centers for Disease Control and Prevention counted 831 deaths in 2016 that could be characterized as related to alcohol withdrawal.

Signs that you may have an alcohol abuse disorder

Alcohol, like any other addictive substance, can re-wire your brain to create strong physiological and psychological cravings. Often, you may be the last person to recognize that you have a substance abuse addiction with alcohol because you may change your lifestyle to conform around your addiction. Alcohol abuse can ruin relationships, create financial burdens associated with job loss, lead to illegal activity such as drinking while under the influence and even lead to violent outbursts. It is up to you to seek treatment for your disorder. Fortunately, there are many resources in your community that can help you however you must first be willing to admit that you do have an alcohol addiction.
The following are common questions to ask yourself if you think you have an alcohol addiction:

Medical detox is only the beginning of alcohol abuse treatment. Medical detox is helping to alleviate the physical withdrawal effects and can be lifesaving however the physical, psychological, and spiritual impact of alcohol use can continue long after detox. Therefore it is essential for individuals to seek long-term treatment for their alcohol use disorder to learn good chopping mechanisms as a way to overcome negative thoughts, cravings, and triggers that are associated with alcohol abuse.