Pacific Place is a 16-bed, co-ed facility with separate wings for males and females struggling with co-occurring substance use and mental health issues. The clients are on gender tracks in a safe and supportive atmosphere where they can focus on themselves. The program utilizes creative arts therapy modalities, such as art therapy, music therapy, psychodrama therapy, and holistic therapy. The program utilizes a 12-step model to help clients identify their struggles with substance use as well as healthy support in and around their home.

At Pacific Place, clients develop self-awareness about their urges for substance use and high-risk behaviors and learn coping skills and tools to manage them in healthy, appropriate ways. Family programming, which includes family sessions with the client, multi-family groups and visitations on weekends, supports family growth and reconciliation.

LEARN ABOUT OUR COVID CLEAN COMMITMENT

Pacific Place is a 16-bed, co-ed facility with separate wings for males and females struggling with co-occurring substance use and mental health issues. The clients are on gender tracks in a safe and supportive atmosphere where they can focus on themselves. The program utilizes creative arts therapy modalities, such as art therapy, music therapy, psychodrama therapy, and holistic therapy. The program utilizes a 12-step model to help clients identify their struggles with substance use as well as healthy support in and around their home.

At Pacific Place, clients develop self-awareness about their urges for substance use and high-risk behaviors and learn coping skills and tools to manage them in healthy, appropriate ways. Family programming, which includes family sessions with the client, multi-family groups and visitations on weekends, supports family growth and reconciliation.

LEARN ABOUT OUR COVID CLEAN COMMITMENT Lisa Arndt earned her bachelor’s degree in psychology from the University of California at Santa Cruz and went on to earn her master’s degree in clinical psychology from Antioch University.  In addition, Lisa has been involved in creative ventures, including recording CDs and playing live music as well as writing and directing small theater projects. Lisa has previously worked at UCLA’s Neuropsychiatric Institute, St. John’s Hospital and the Eating Disorder Center of California.  Then, following her work as an eating disorder counselor at Rader Programs for 3 years, Lisa began working at Center for Discovery in 1999, as a part of the initial treatment team hired to establish Center for Discovery’s Eating Disorder Program. Lisa has worked as a lead counselor, group therapist and as a primary therapist at Discovery (working at the Lakewood, Downey and Whittier facilities).  Lisa also authored and operated a popular website, providing the public with education regarding eating disorders for nine years. Lisa has been dedicated to helping adolescents and their families find a happier, healthier life at Discovery for over a decade as a loyal and passionate employee. Lisa has also helped trained other staff members, and has spoken at schools and professional meetings. Lisa was a part of a People Magazine article regarding eating disorders, and was also featured on Dateline NBC regarding her work.  In addition, Lisa has appeared on the television program Extra, on the Maureen O’Boyle Show, on the John Bradshaw show, and twice on the Leeza Gibbons Show. Lisa was given an award for her dedication to troubled youth in 2002. For the last few years, Lisa has been working at Discovery’s Pacific Place facility with the Co-Occurring program (substance abuse and mental health). Lisa earned her license in Marriage and Family Therapy in 2009 and became a Clinical Supervisor in 2012, and now also supervises therapy interns at Discovery.  Lisa is passionate and dedicated to helping troubled youth, and thoroughly enjoys working with the treatment team and the clients at Discovery Mood and Anxiety Program. Ashleigh is a Counselor and an Educational Liaison at Pacific Place. Ashleigh has life experience with the struggles of anxiety and substance abuse. In addition, Ashleigh has been in recovery for the past 4 years. During this time in recovery, Ashleigh has developed a passion for passing along her experience to adolescents and sharing the hope there is for changing your life. Ashleigh finds that life experience touches the adolescents in a way where the clients tend to have open ears, a willingness to change and faith that it’s never too early or late to change. Ashleigh’s goal is to continue to pass the message along that recovery is possible for adolescents and that happiness, self-awareness, careers, spiritual healthiness, freedom from self-obsession, families reconnecting is all possible. During Ashleigh’s free time she enjoys engaging in sober leisure activities such as movies, recovery events, family time, and going on walks and hikes. Malvin R. Hawkins proudly served in the U.S. Army for two tours receiving a Presidential Citation and a number of other medals as a combat veteran. He graduated with a Bachelor’s in both Business Administration and Biblical Studies with an emphasis in Youth Ministry which stirred his passion for working with youth. He obtained his Masters in Counseling from Trinity University. He has experience working with both adolescents and adults from diverse cultures in a variety of settings from residential to independent supported living to outpatient care. He has worked in a wide range of roles in the various levels of care from level 6 to 14 since 2000.  Currently working in the role of Education Liaison, he brings an honest empathetic structural disciplined approach to the youth he works with, to inspire and assist them in discovering their strengths in education. Elizabeth graduated from California State Polytechnic University, Pomona, with a Bachelor of Arts degree in Foods and Nutrition: Dietetics and a minor in physiology. During her dietetic internship through Cal Poly Pomona, Elizabeth completed her clinical rotations at City of Hope Medical Center, where she specialized in oncology. In addition to 13 other rotations, Elizabeth completed two rotations focused on disordered eating. It was during these rotations where she found her calling. Since becoming a registered dietitian, Elizabeth has dedicated her career to working in the mental health field focused on disordered eating and substance abuse. She has worked for various treatment centers as a registered dietitian. Most recently, she worked as director of nutrition services for an eating disorder treatment center and counseled patients in all levels of care, including residential, partial hospitalization, intensive out-patient and out-patient. Elizabeth is a Health at Every Size-informed practitioner, utilizes the 10 principles of Intuitive Eating, and focuses on partnering with her patients to help restore their relationship with food: mentally, physically and emotionally. Elizabeth believes that everyone can recover and live a fully satisfied life. Lorraine has been the nurse for Pacific Place for over a year.  She has an extensive background in geriatric as well as pediatric nursing.  She is motivated to work in this field because she has a lot of compassion for troubled youth and has a desire to provide compassion and understanding. She enjoys Pilates, yoga, and spending time with her husband and four kids and also my boxer Nubi. In addition, she also has a passion for all things makeup and skincare. Venus Miles has been with the company for over 2 years. She started in the company as a counselor at the Whittier facility while still working on her master’s degree in Counseling Psychology specializing in Marriage and Family Therapy. At Pacific Place, Venus realized how much she enjoyed working with adolescents who suffer from mental health and substance use issues. Although this is her second career, she finds this field holds more value, which she is passionate about. Her hobbies are crocheting, jigsaw puzzles, reading different books for leisure and articles of various genres. 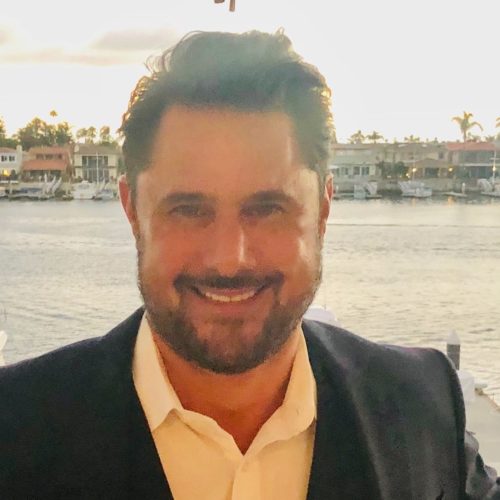 Brendan has held the titles of C.E.O, Executive Director, Clinical Director, Director of Education, Marketing Director, Creative Director, and Director of Clinical Programming. A reality show based on his unique treatment methods was produced by E! Entertainment/Comcast Entertainment.Dr. Bickley is considered the leading expert in the field of combining addiction treatment with college, completing two peer-reviewed research studies on the successful outcomes of the unique model., including an honors thesis at the University of California, Irvine. One of his specialties, and passions, is program and facility development. He was the co-creator of the first program ever to combine treatment with higher education, the TEACH Program. He graduated from U.C. Irvine with honors: Phi Beta Kappa, Golden Key International Honor Society, Cum Laude. He has been featured on national radio and print media as one of the most experienced experts in the field of addiction treatment coupled with a college education. He is also a frequent lecturer at National Conferences. He holds an A.S. degree in Drug & Alcohol Studies, and two B.A. degrees in Criminology & Psychology, and masters and doctoral degree in Clinical Psychology. He is a licensed California Drug & Alcohol Counselor Level II, a licensed Clinical Supervisor and is certified in treating Eating Disorders. Dominique holds a Masters degree in Clinical Psychology (Marriage and Family Therapy) program from Antioch University. Dominique’s experience includes working for probation and the Department of Mental Health as a primary therapist in group homes. She graduated with her Bachelor of Arts in Communications from Alabama State University. She also has experience working with adolescents in residential programs. She has been utilizing skills from treatment modalities such as Cognitive Behavioral Therapy, Person-Centered Therapy, and Motivational Interviewing.  In her personal time, she enjoys traveling, bowling, and golfing. Brittanie holds a Masters degree in Clinical Psychology with an emphasis in Marriage and Family Therapy from Antioch University. Brittanie’s experience includes working as a case manager with both adults and adolescents in dual diagnosis residential and outpatient settings. She graduated with her Bachelor of Arts with a concentration in Addiction Studies from Antioch University. Her treatment modalities include Solution Focused Therapy, Cognitive Behavioral Therapy, Strengths-Based Therapy, and Motivational Interviewing. In her personal time, she enjoys spending time in nature, watching her favorite television show The Office, and spending quality time with loved ones. Matt is the facility manager at Pacific Place in Long Beach, CA. Matt did an internship for drug and alcohol counseling at the Beacon House Association of San Pedro and has been working in the field of addiction for the past five years. He has spent the past three years at Pacific Place working with adolescents in hopes of helping teenagers overcome their struggles earlier than he did. He enjoys the practice of self-care through reading, creative writing, and spending time with his family. Dr. Louie received his medical degree from Western University of Health Sciences and went on to complete his psychiatry residency training at Loma Linda University.  He is well versed in treating adult, child and adolescent, and geriatric patients.  Dr. Louie has an understanding and ability to treat a range of disorders including depression, anxiety, eating disorders, addiction, and psychosis. 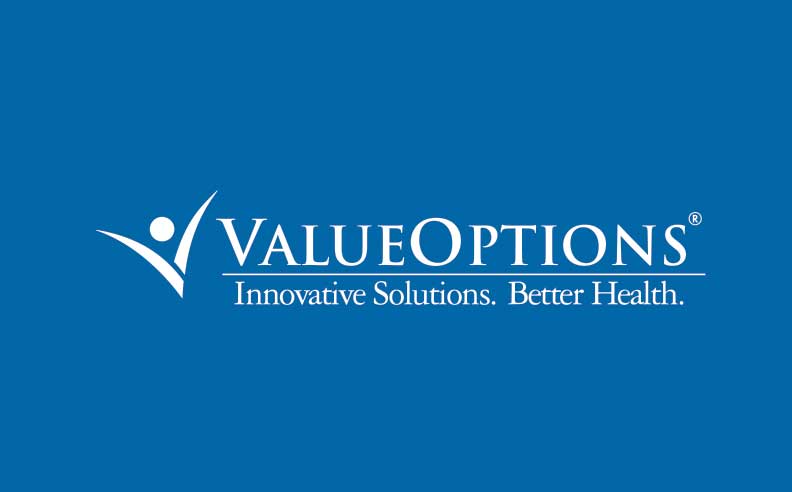 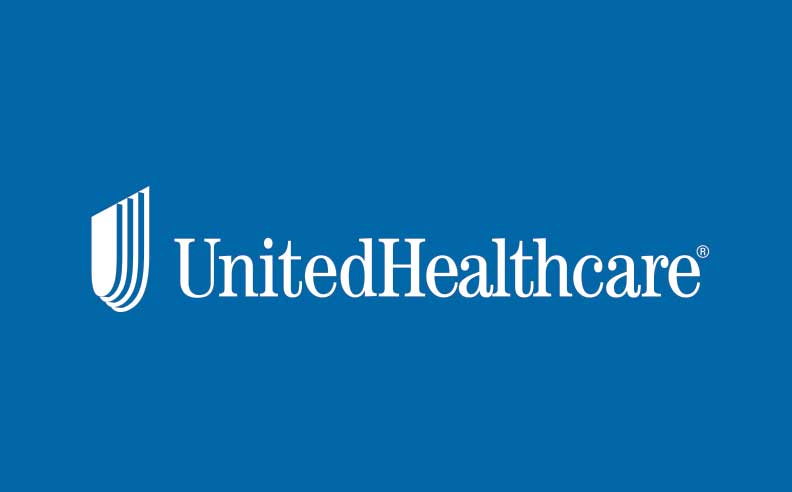 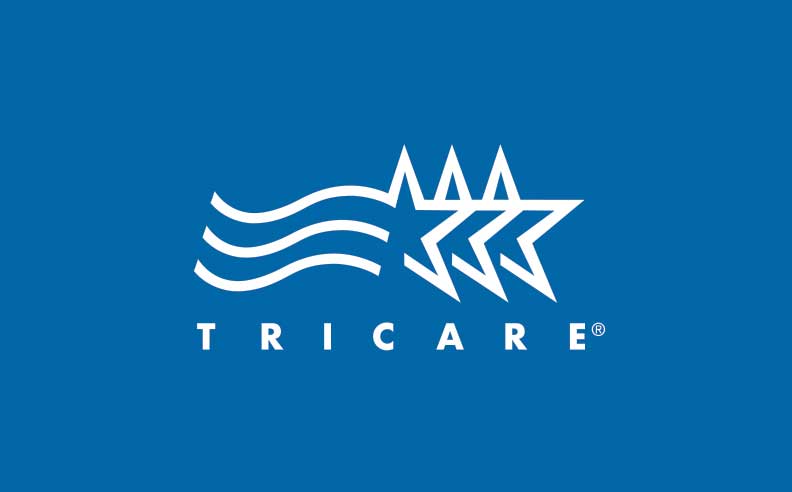 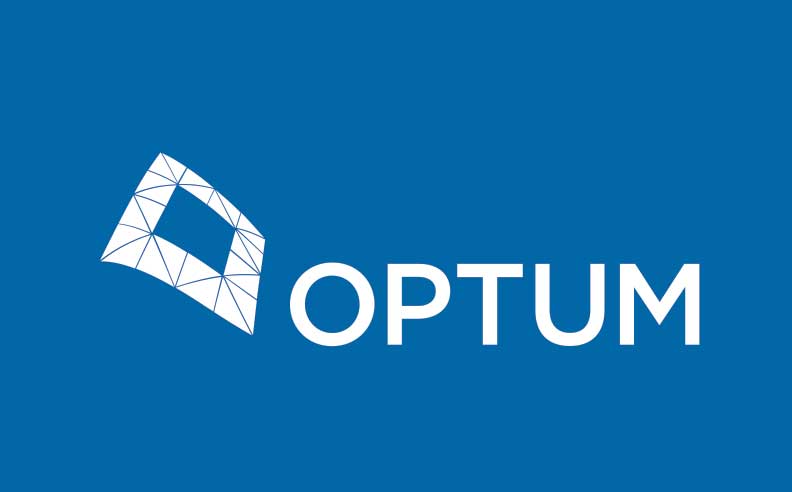 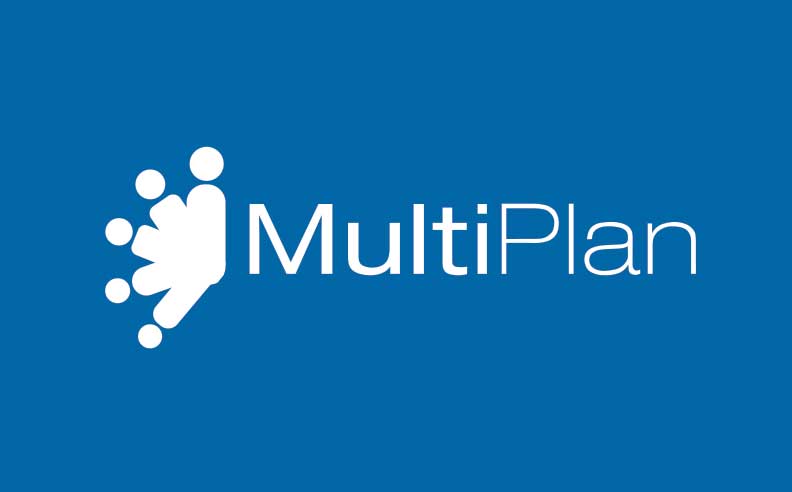 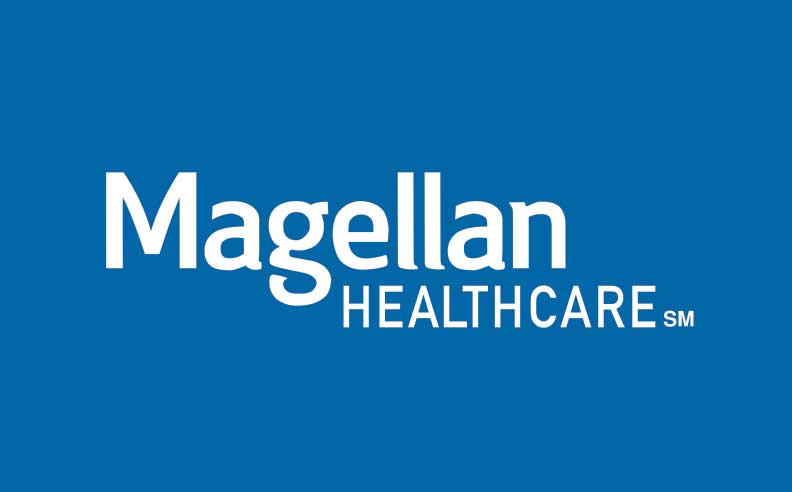 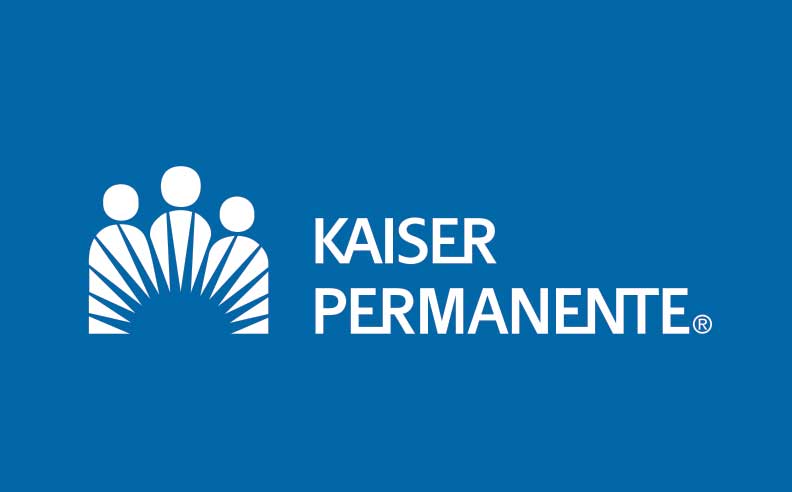 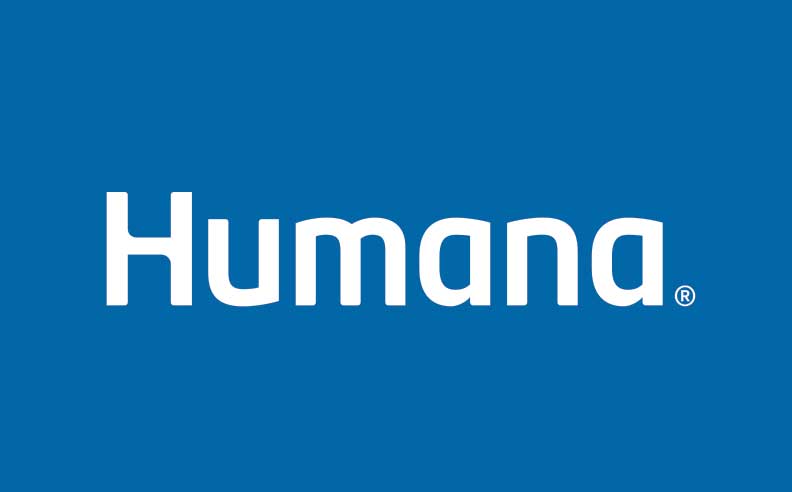 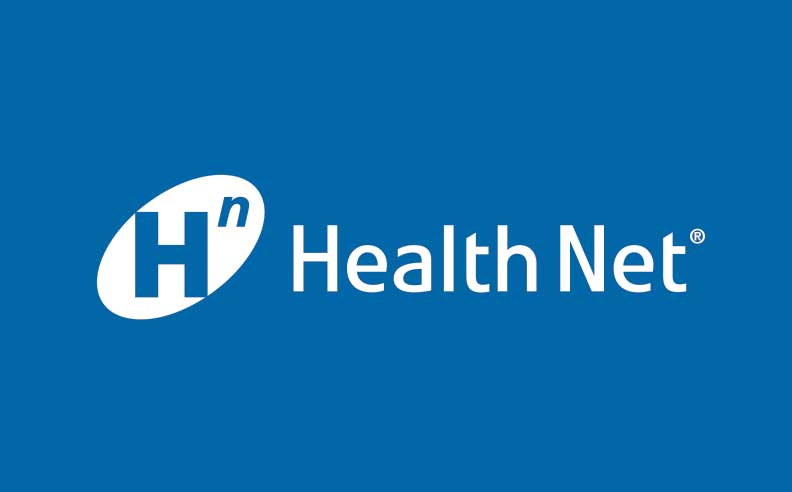 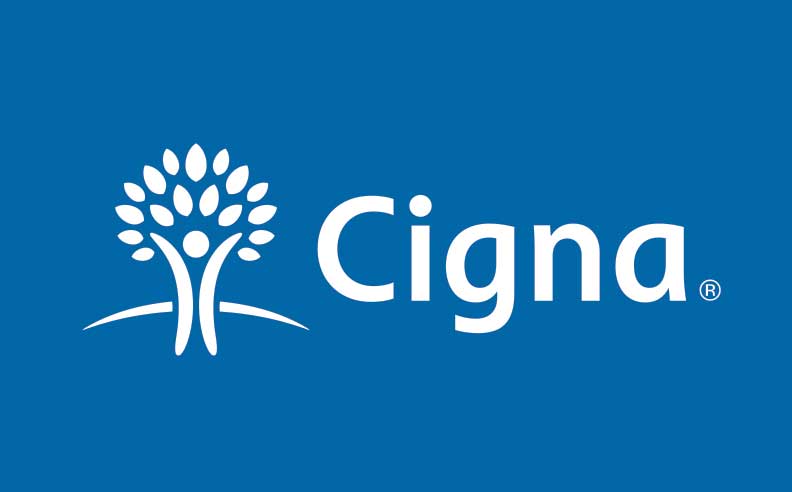 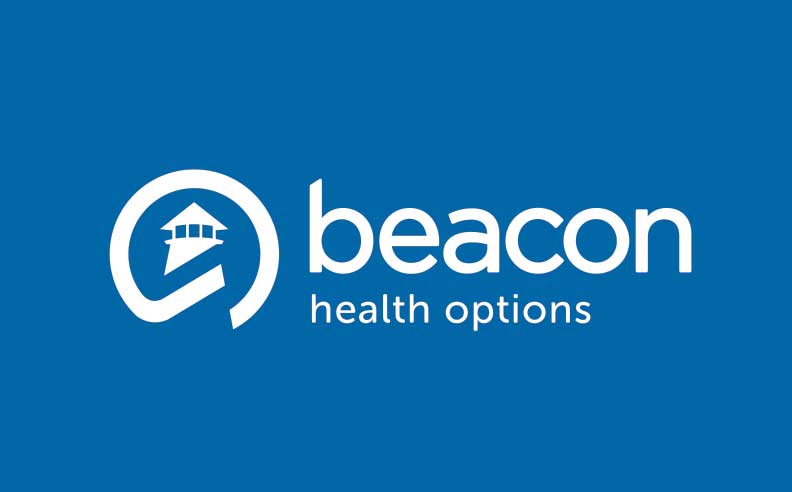 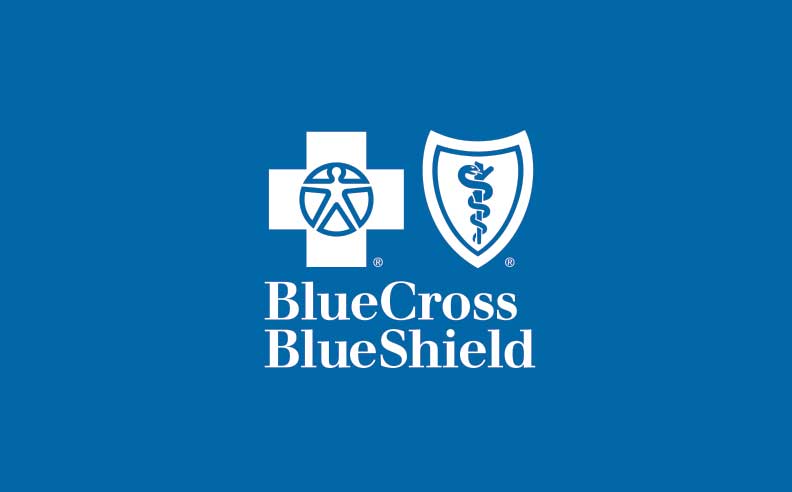 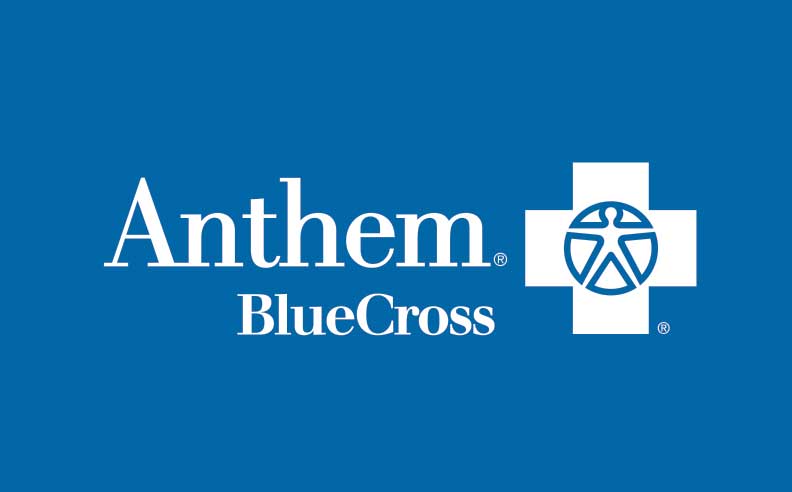 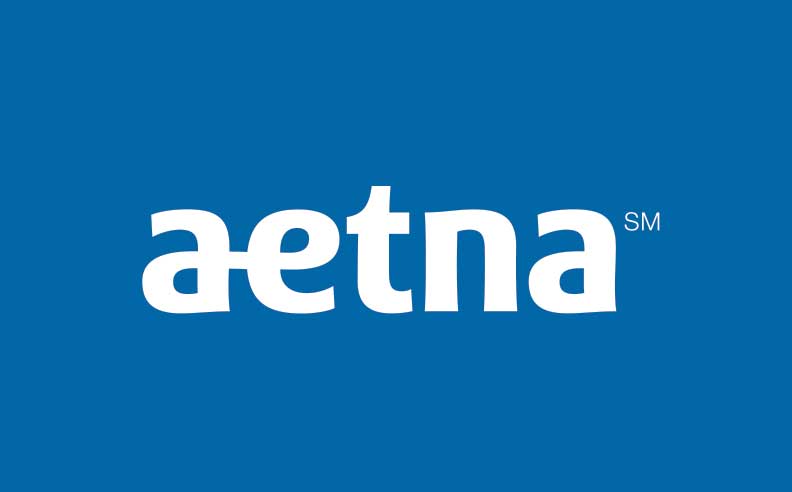