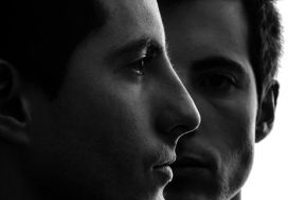 Dissociative identity disorder, commonly refereed to as multiple personality disorder, is a severe posttraumatic psychopathology disorder characterized by the disruption of memories, perception and identity. Dissociative identity disorder is characterized by the existence of 2 or more personalities within the individual in addition to episodes of amnesia. Clinically, only one of the personalities is present at any given moment, and one of them is dominant most of the time. These individuals often have a past history of severe trauma in childhood and exhibit borderline personality disorder, PTSD, past suicide attempts, major depression and somatization disorder. In 2016 the movie Split was released which portrayed the main character as having 23 different personalities ranging from an innocent child to an extremely violent superhuman. Although this movie and the majority of pop-culture do not display dissociative identity disorder accurately, it is important to understand the differences between the truths and myths associated with this psychological disorder.

Dissociative identity disorder usually is rooted in childhood however it is not diagnosed until adulthood. The following are signs and symptoms associated this this disorder:

Dissociative identity disorder is difficult to diagnose and also a challenge to treat. Dissociative episodes, flashbacks, and self-destructive and suicidal impulses are common difficulties and once the diagnosis has been made, the individual must be removed from all toxic environments that could trigger these dissociative behaviors. This includes removing the person from their abuser and entering an intensive therapy program focusing on trust, and teaching the individual to recognize themselves while enabling them to function as best as they can. Individuals must learn to deal with dissociation, flashbacks, and intense affects such as rage, terror, and despair through means of psychotherapy. Many of these individuals who are survivors of abuse have control issues and therefore therapy is needed in order for them to reconnect with their sense of self and to establish a sense of safety.